For 15 years, Dan Kahl has been serving Opportunities for Positive Growth, Inc. as its Chief Operating Officer. Alongside his wife and CEO, Gail Kahl, the duo has paved the way for how companies treat individuals with intellectual disabilities across the state of Indiana and beyond.

In 2010, Dan and Gail handed OPG over to their employees by turning the company into an ESOP (Employee Stock Ownership Plan). Since that time, qualified participants have been accruing stock due to their personal stake in the company. Further details of which can be found here.

I sat down with Dan to discuss his thought process behind turning OPG into an ESOP, the changes he’s witnessed over the years, and where he hopes the company goes in the future.

When and why did you join OPG?

My first day was in October 2002. I was looking for a new job and Gail talked me into joining the company. At the time, I really disliked my job. I looked at OPG as a cool way to own my own business and be an entrepreneur, and so I started doing both jobs. I’d come home at 5.30pm and work until midnight on the other job. Finally, a few months later, I gave my 2 weeks’ notice, scared to death, and joined OPG. It was a rough 6 months.

Why did you choose to make OPG an ESOP? 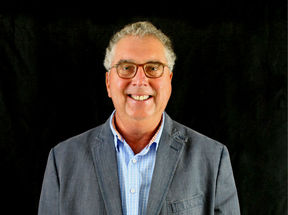 Originally our board of directors only consisted of Gail and I, our two sons, and our attorney – who in 2006, started pushing us towards our succession plan. It came down to three options: we could sell it to somebody in the company, we could list it and sell it to the highest bidder, or we could go to an ESOP. It was very costly and policy heavy, but we looked at everything and that’s the route we decided to go.

We kept it secret from March 2010 until October 2010. It was a great opportunity for our employees, who we feel a lot of loyalty to; Gail and I built the company into what it is, but really, it’s our employees that do the job day-in day-out, so we thought it was a good fit.

Did you have any reservations about turning the company into an ESOP?

Oh yeah: the audits, the high cost. Obviously, it was money well spent, but it was at a time when the Department of Labor was very anti-ESOP. All ESOPs after the first year get a DoL audit, and ours went on for 44 months. After all that, I might have told you I don’t know if I would have done it again – it was brutal, the most difficult thing I’ve ever gone through in my business career. We weren’t being treated fairly.

Since turning OPG into an ESOP, have you seen any significant change within the company and the people?

I think it’s turned more positive. We have 133 plan participants in the ESOP, and those 133 people hold well over $1 million worth of stock. I think it encourages everybody to go out and do their job the best they can day-in and day-out – and if that’s what we do, we’ll be successful.

The other thing that’s really important: our valuation has increased dramatically since 2010. It’s gone up by more than 200%. I think that the employees who receive their statements every year have come to realize that the money is real – they’ve got a really good appreciation of it. All you’re doing is getting a retirement income just for showing up to work. It doesn’t cost you anything. What a great deal.

What would you say are the key benefits for being an ESOP?

I think it creates a culture of creativity, of fiscal responsibility, pride, goal achievement, and of family. You really can’t buy that… you have to create it. It’s gratifying and absolutely worthwhile.

What is the single most significant selling point of working for an ESOP company?

You’ll have a nice pile of retirement money that you can keep building on, but you have to be in it for the long run. That’s another reason why Gail and I decided to go the ESOP route; Gail’s first employee is still with her after 19 years. We recently conducted a study and found that the turnover rate for ESOP participants over a 5-year period is just 3%. It’s amazing.

I’ve been shocked at the number of young people who really don’t take savings for granted. We have had young people leave the company who have decided to roll their investment into another qualifying plan, which tells me that they understand you have to start saving early for retirement. It’s very important. And it’s tax free!

As your retirement approaches, how does your succession plan tie into ESOP?

We decided to do 100% transfer of the ownership to ESOP – a lot of companies start out at 20%. When we leave we want the company to be in good fiscal shape, have leaders in place that will run OPG like Gail and I have, and I want to look at the ESOP as being healthy and solvent.

One of the things that we’ve done is that if there’s something we don’t know, I can pick the phone up and call our trustee, I can call our valuation firm, I can call our legal office, and have an answer the same day. We’re very lucky to have incredible partnerships with the professionals that provide us services.

Where do you hope ESOP takes OPG in the future?

We’re still in our infancy as an ESOP and to say that we’ve got 133 people holding over a million dollars’ worth of stock is unbelievable. And if the company keeps performing as it has been there’s no reason why it couldn’t increase five-fold, ten-fold, who knows. So that’s pretty exciting.

We have a lot of people in that 30 to 40-year-old range, so I’d like to come back in 20 years and watch those guys on their last day of work, signing off on their paperwork to get their stock and see how much they’ve got in their account. It’ll be incredible.

Welcome to The Blog.
Explore the company by reading our original blog content, and keep up-to-date with the important happenings affecting our OPG family today. From the latest updates in culture and events, to all the stories you need to see, OPG is here to keep you in the know. 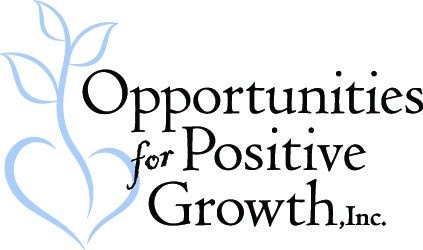